expiry date to file for the decree nisi mutlak?

169 Views  ⚫  Asked 7 Months Ago
asked on Feb 7, 2022 at 12:16
by
eelaw
hi there,
after attending court is there a deadline for filing for a decree nisi mutlak and submitting it to the relevant authorities? if there was and it has expired does it mean the divorce was null? Thank you.
1 had this question
Me Too
0 favorites
Favorite
[ share ]
share a link to this question

Do you have to come into this forum and throw insults and name calling at me?

how can you make such insulting assumption of people you have no idea of and end with religious greetings? you are such a hypocrite.

I am a hypocrite and can be a jerk too, so what?, you want me to sue me in a court of law for what I have posted in this forum?
Then put your horse come.. !!

If you want to ask Qs.. ask by all means but not to throw insults and name callings.

It is your poor attitude that could have cause the dissolution of your own marriage and based what you have written above, you have been the divorced party by your own spouse.. !!

Go back to school and learn some manners.. !!
Please.. !!
2 found this helpful
Helpful

You posted reply insults to me.. Quote :
"how can you make such insulting assumption of people you have no idea of"

What assumption have I made?
It is the Questioner who post clear-cut admission of his "illegitimate child" which in Malaysia is against the law without a marriage certificate, yet now wants to remove his name in the birth certificate and you @eelaw condone it?

DO YOU KNOW HOW IN MALAYSIA AN ILLEGITIMATE CHILD IS TREATED BY IN SCHOOLS AND COMMUNITY?

WORSE STILL WANTS TO TAKE OUT HIS NAME AND MAKE THIS POOR INNOCENT CHILD EVEN MORE TREATED AS AN OUTCAST IN THIS POOR MENTALITY SOCIETY /COMMUNITIES?

Guess birds of the same feather flocks together ..!!
Maybe now, I can make an assumption that you want to take out the name of the Father that exists in the birth certificate of your own child after the divorce. 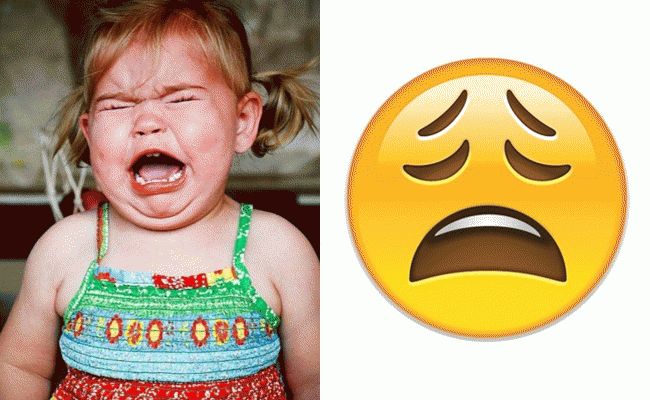 answered on Feb 7, 2022 at 13:44
by
eelaw
what school did you go to be this hostile and rude? do you understand the word hypocrite? on what basis could you think the mother and the child golf digger? so what if they were? arent you here to do the same? i condone illegitimate child? what school did you go really?
0 found this helpful
Helpful

I do not know your the meaning of hypocrite but for sure i know the mechanism and applications of laws better than you, no matter how educated you can be and poorly educated like mi...

I wrote "gold digger" and not "golf digger", perhaps u have goofed.

Ur sensitive about the term gold digger?
Ur reaction is revealing the true nature of yourself.. !!

arent you here to do the same?
Yes I am here to dig out and bury irresponsible parents who cause miseries to their children after any breakoff or breakthru.

Children have Child Rights too in this country, changing their original identity of birthright is nothing but a SIN and Insult to all the depraved and displaced, nameless children of this world.

what school did you go really?
Btw.. i,m from the School of Hard Knocks, made in malaisiya.. so wat? Sue me? Complain to the Editor of this Forum? Just do it, please dun talk big..!!

You are the one who traded hostility in the first place against me.

And that thread has nothing to do with your Q you are asking now. Mgpe cari pasal ngan org lain2 forumers? Why criticize my comment post there (in another thread with no concern to you)? Nothing better to do, go ask ur the ex spouse or his/her lawyer for a copy. They may be holding it already and is reluctant to give the copy to a person with aggressive mentality.

Sun Tze's Third Law of Motion.
" For every hostile action and act of war, there is an equal reciprocative reaction "

I am just defending MySelf.. !!

Am I correct? Yang Arief.. ??
3 found this helpful
Helpful

1. There is no expiry date of the extraction of the decree nisi mutlak after the cooling period of 3 months for either side to contest.

2. Normally the Divorce Lawyer will conduct the extraction using the appropriate format required by the Court and endorsement.

3. Without the certified copy of the decree nisi mutlak, one cannot change personal status to divorced and as single at JPN. Your MyKAD status will remained as "Married".

Do disregard all the above altercations not relating to this Topic Content above.
I oni reply as this is a valid Q asked and proper answer required.
3 found this helpful
Helpful

By making disparagement of forumer reply comments is in support of a father who is discharging his own parental responsibility towards his own "illegitimate" child and making life more miserable for his own child by taking away his name, the father's name in the child's birth certificate for whatever intention, which in my personal opinion, dishonorable to the tilt.

In jeff005 profile, it is never stated that jeff005 is a professional, not even semi-, just an ordinary farmer specializing in vertical farming.

For @eelaw to enter into disparagement of content post, is breaking Lawyerment T&C  coupled with name calling of forumer as "hyprocite" and making insulting assumption when there isn't any assumption made, as the Questioner have made self declaration of his illegitimate child.

This reflects the type of educational byproducts of some Malaysian students, no matter how high they can have gone thru college, without respect to senior citizens. By asking which school jeff005 have come from, indicates that @eelaw has a reputable education in high up-class school /college.

By activating a long lost topic in lawyerment indicates the intention of changing it's own child name, to change child identity to sever complete ties with the biological parent after attaining the decree nisi mutlak  . It shows how malicious some so-called self-professed professionals can be in a messy divorce without due regards to the poor innocent child.

Mannerism and respect for others (for some mentally stress divorced couples) is beginning to slide downwards an abyss of no return and is affecting their own child, same as in politics with toads hopping activities. It is personal ethics and mannerism that a divorcee now has exhibited here, that readers should be concerned off.

Many thks for the heads up

I started a new article @9am this morning and received 26 viewers within 5 hours.
It indicates forumers here, they are here to seek, read educative information, not altercations such as @eelaw start 4days ago. Results speaks by itself by matured readers /followers.

i'm never perturbed by altercations /challenges with other forumers, i have been even in more serious altercations with real lawyers and the mighty group of night ninjas who were throwing their weight to chase me off this forum. This thread is just kacang puteh to me to deal with (who can only copy and paste sarcasm from other forums /websites).

So long as readers who needs help via comments /non-legal advise, i would offer my best comments and/or solutions where appropriate. What "professionalism or ethics" do i need? The number of readership and votes is good enuf for me and proof of acceptance, the satisfaction and good feelings of "being able to help" is the reward.

Sarcasm from @eelaw only indicates the mental anguish of herself being divorced and being lonely and needs someone to spar and to-let spew her anger on. Have chosen the wrong tree to piss on.. hehe.. pls do not blame her. No wonder the other party decides to part ways asap.
2 found this helpful
Helpful

Why waste your time talking and helping sociopaths to correct their poor mental attitude?

Help those deserving people in need instead

Wasting our time reading her nonsensical self pity