What is a Vesting Order on Sale of NPL Debts (Perintah Letak Hak) ? How To Deal with it?

The Bank Negara guidelines were issued in 2005 to allow and regulate the sale of NPLs by local banking institutions to domestic and foreign non-financial institution investors. The policy motive underlying this new development is to provide an avenue for local banks to rationalize their assets and dispose of their delinquent loans, freeing them to focus on innovation and developing their business, away from managing distressed assets, which will benefit the entire banking industry. This pioneering sale is set to blaze the trail for more such sales to follow
0 had this question
Me Too
0 favorites
Favorite
[ share ]
share a link to this question

Debt
(Referred to as the "original debt")
This refers to the loan extended to the borrower (Debtor).
There is a signed contract agreement between the Lender (usually Bank) and the Borrower. The T&C stipulated within the contract is legal binding between the signatories of the contract ONLY.

Account Number
The bank will assign an account number to this debt (example 4529xxxxxxxxx)
This account number is associated with the name of the borrower / debtor (as in MyKAD) and founded from the basis of any lawsuit upon any defaults.


Vesting Order
This vesting order is founded from an application via a writ of originating summons (saman pemula) to the High Court. The application is a “ex parte application” meaning that no permission is required from the debtor.

Upon successful application, there will be a Joint Notification send to the debtor last registered address with the bank as required by the T&C of the Court Order (Perintah Mahkamah).The account number of the “original debt” will be stated in the notification. The Penerima of the vested order can then general its own account number as their newly purchased debt via their Statement of Accounts. 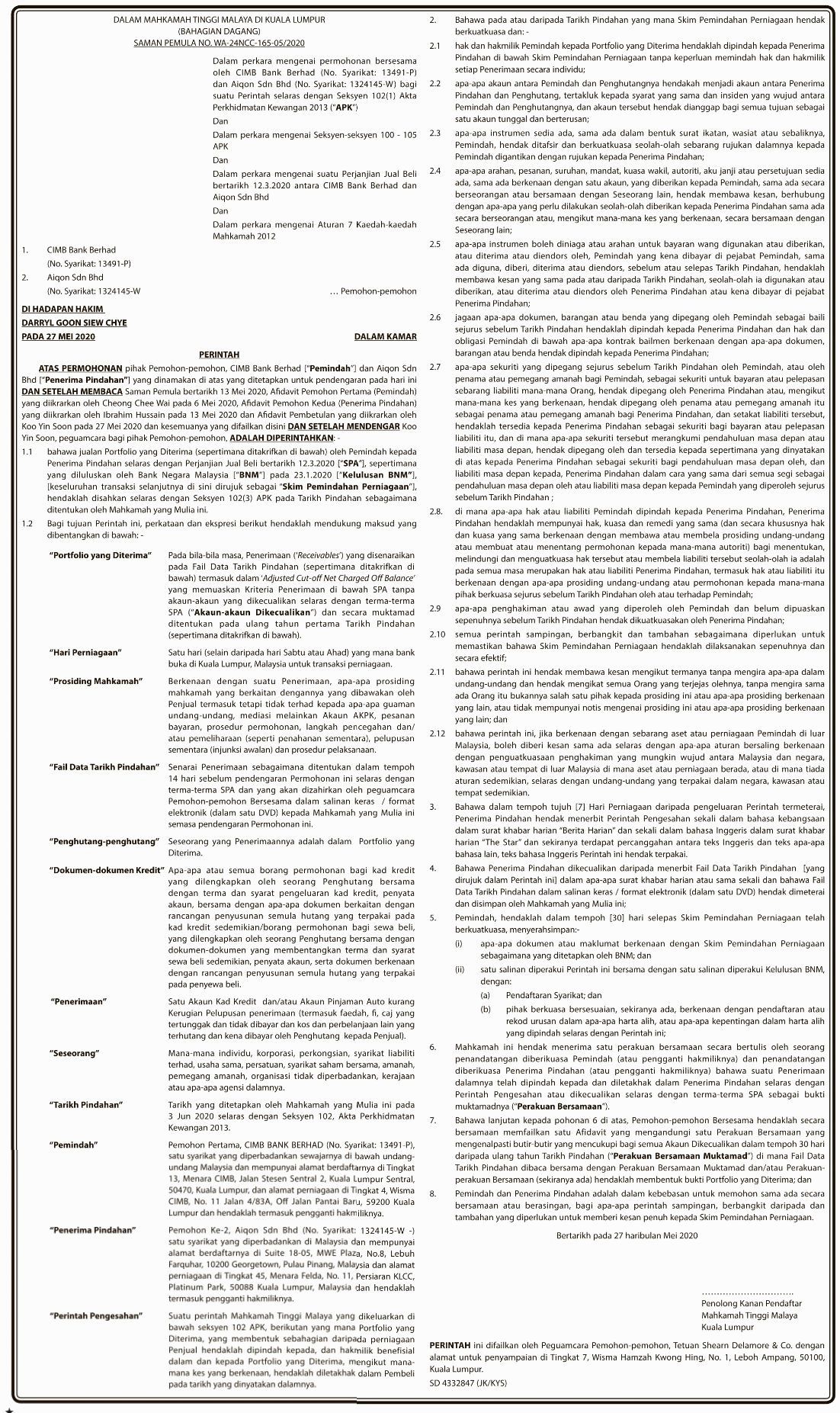 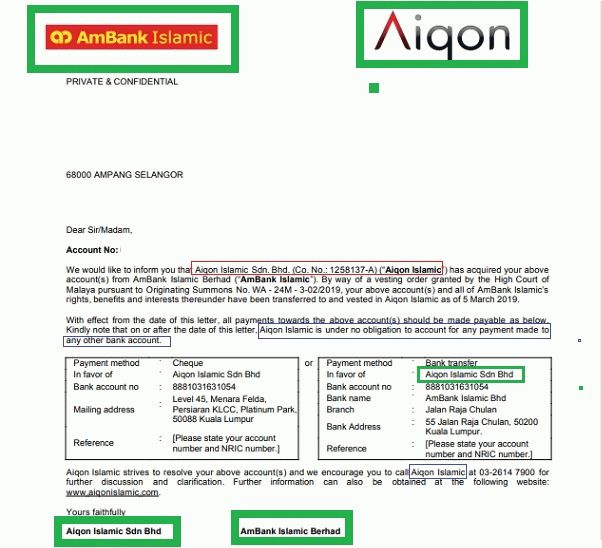 Example of Statement of Accounts
from the “Penerima” who is now the creditor (new) of the debt. 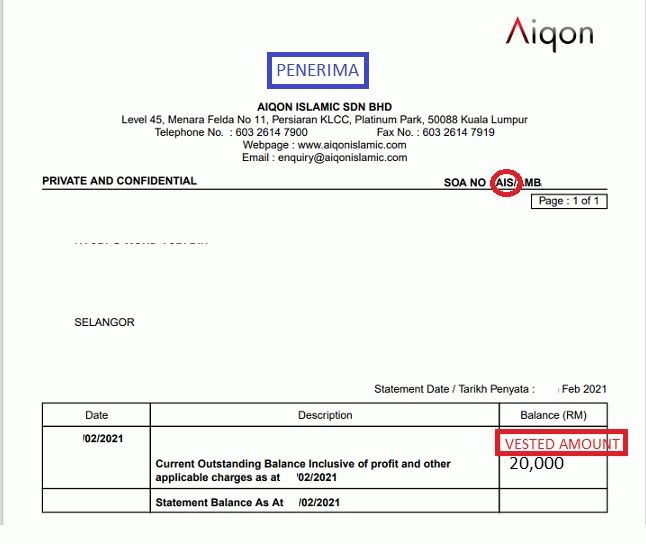 The credit card debt from SCB was sold via a vesting order to MISTIQUE STRAITS SDN BHD.

The amount of 9K was sold in June 2009 which reflects the new statement of account was started in July 2009. Since @Vince Sum is so cleverly to conceal some details, there is no point for further discussions.

1. Did Vince Sum signed a contract agreement with MISTIQUE STRAITS?

2. If there is no contract signed, even if Vince Sum have made admission to the debt by accident, the most he can be made Judgement Debtor for the amount of 9K which was /is stated in the Bill Of Sale as in the Vesting Order.

3. Since the Vesting Order was dated Jun 2009, MISTIQUE STRAITS SDN BHD have already lost their rights to sue for Judgement Debt in July 2015 as the new owner (creditor) of the vested debt.

4.  So, now, in 2021, they have appointed by contract or via assignment to their BC, now is Aigon or whoever it is, to chase for the debt. Since there was another case (RHB) have filed for JD in court records, all the 5 other debts (or even more?) can easily find Vince Sum via the courts systems.

5.  It is how those other debts creditors can get a JID (Judgement In Default of Appearance) is the main problem to both debtor and creditor.

6.  Ever notice the big "Q" ( as in Q - the James Bond Movie) in the companies mentioned above. Just like what @oldalantam had described " SPV "  companies..