They offer full settlement 11k ...or they sue 97k...but that make me confused did i owe them 97 k in their first JD even if they did file before.

I shall post out a real copy extracted from the Courts. 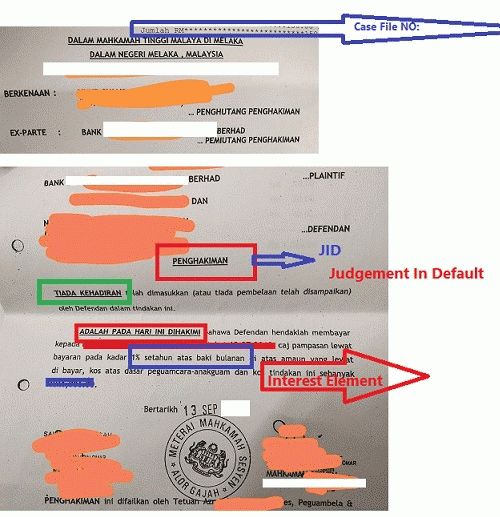 What is the problem of posting it out esp when it has passed the Limitation of Lawsuits?

1.  Inside is stated the Case File NO:

3.  The Interests Element  (1 % per month on monthly reducing balance)

4.  DID NOT ATTEND COURT PROCEEDINGS 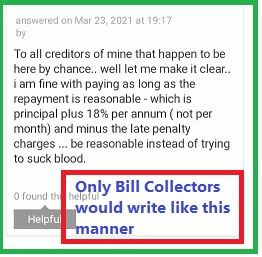 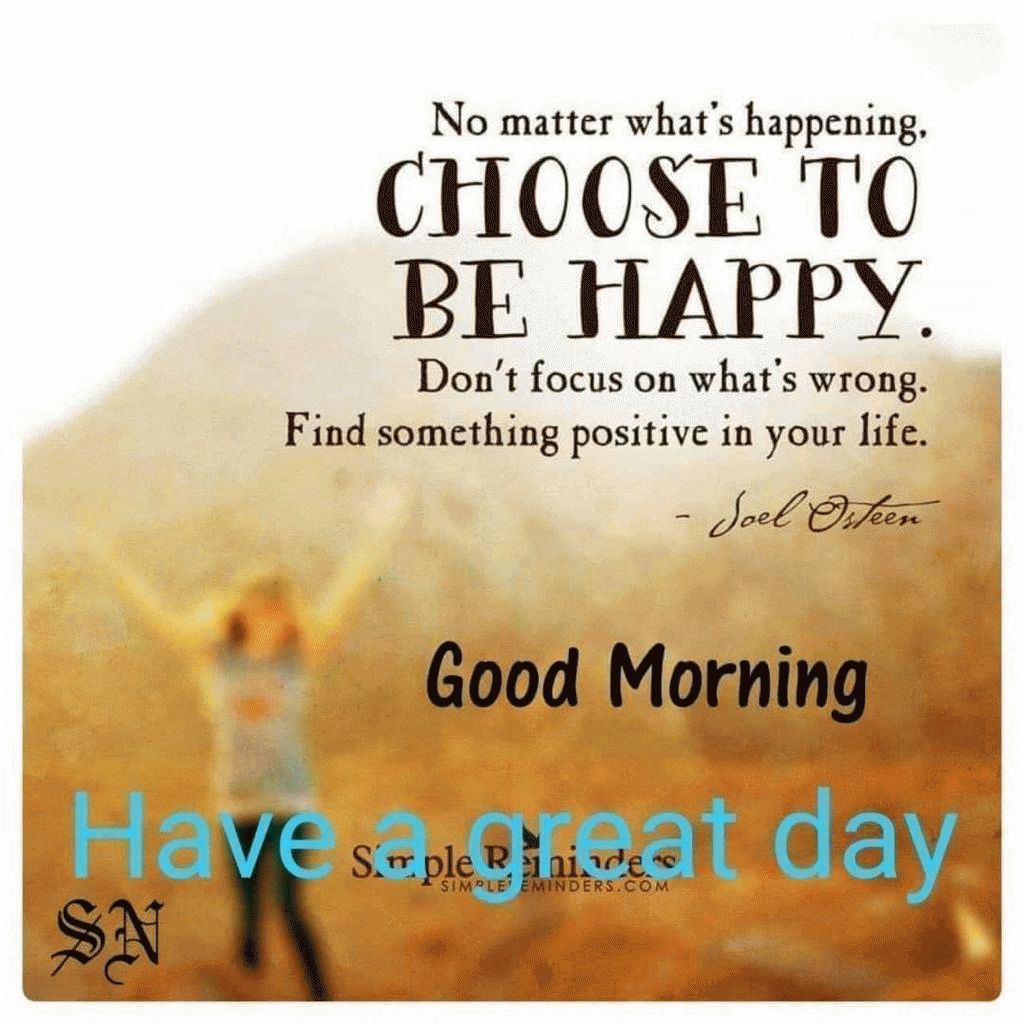 answered on Mar 26, 2021 at 11:42
by
harapan besar
If you are unrepresented, then quite often, the terms of judgement as stated in

the judgement / judgement in default, are different from the grounds

of judgement. Hence, debtor has good chance to set aside the

Many thanks for your invaluable sharing info of bankruptcy proceedings.

It is really pointless for discussions where no actual PDF /jpeg copies of courts docs are tendered in this forum. With actual copies of docs posted, then only can go deep into their issues / predicaments esp with the Judgement Debt.

Excerpts can be faked too. I have received fake court docs from fake people too.

I have already teach / taught some forumers here on how to deal with Bill Collectors (BCs) on assignment by Creditors under these 2 threads.. very clearly :

You do not expect forumers here to "confirm this, confirm that"
If you need confirmations, please pay the lawyers for their legal services.

In the first place, can you confirm your very own real identity?

A detailed analysis have been tendered on how debtors can deal with vesting orders (debts sold by SCB, CIMB, AmBank) under this thread :

I believe that I have given answers to ALL YOUR QUERIES (8 threads) posted in this forum via the new thread regarding Vesting Orders. (Pls dun start new ones).

ReF : The 4 statements of accounts that was uploaded at the start of the this thread that you received from AIGON :

1.  There is only one debt registered in the Vesting order which you posted much later. It MUST be 1 debt (in 2 credit cards - normally from either Visa and Mastercard or Visa and AMEX). It would be merged as one account upon any defaults and termination of both C.C.

2.  It is that you do not understand how and what debts ligation is all about and by concealing materials facts by "Orange-ing" the statements material details, you are actually confusing yourself and nobody else. The actual debt vested is RM9K++ (for the 2 C.C. of combined credit of 5K).

3.  MystiQue then split up the two cards numbers and generated 2 separate sets of accounts, giving you the impression that there is a total of RM 97K where actually it started from 9K.. (vested amount).

4.  By the offer of 11K for settlement they have already made tremendous profits by the buying of the debts at around 3-4% of 9K (personal pure speculation).

5.  You may have scared yourself and many others in the forum by your lack of transparency of details on your very own case.

Unless you can show actual details of any offer letter, the payment of 4K, plus the "Release Letter" issued by RHB in respect of the offer letter and agreed settlement amount with respect to the filing of RM18,000 for JDebt, your the this RHB case is far from over.

How many filings of JD have you seen? There is more than 50 that can be seen in this forum for the past 13 years. Can you interpret those filings?

The filing of the JDebt arises from the fact that you may have made admission to the debt by the offer of settlement which could have voided the protection of the Limitation Act and this only happened not long ago.

The so called WITHDRAWN of the lawsuit (RHB) could be based on just the 4K paid and not by the "offer" given. This is the reason for any "withdrawal " of the lawsuit in court filings. The next time / round, it could be the full amount that was asked for in the first instance. Sometimes we think we are clever, but for sure the bank lawyers is more smarter, without any doubts.

Without actual documents tendered it is pointless to discuss any further.

Last and not least, be careful how you handle your the PBB debt.
If it originates from Public Finance C.C., it has been vested to PBB.