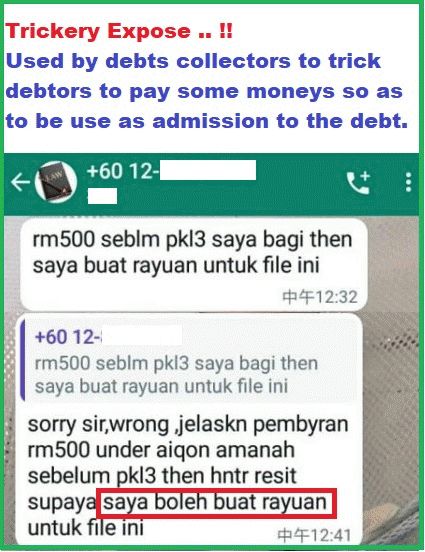 For admission ,to be valid, for long "expired debt" under the Limitation Act, usually for the purpose for "discounts" (at discounted value) :

1. The any admission must be expressed in written form

2. Signed, dated and acknowledgement of acceptance / admission by the debtor her/himself

3. There must be a proper "Offer Letter" from the creditor with company letterhead and signed by an authorized senior management officer. No photocopy or unsigned computerized generated offer letter is acceptable in court lawsuits filings (if any).

4.  Values, mode, dates of payments and/or validity of offer period must be clearly specified, a usual standard practice of 7 days validity period upon date receipt / received (by the debtor) of the offer letter, issued by the creditor. No backdatings.

current debt was <RM35K, later on will become RM70K, RM100K or above due to interest charges

Even Banks cannot collect any further interests after 6 years if they have gotten a Judgment Debt in a court of law as per Limitations Act Malaysia.

The Vesting Order as in the Perintah Mahkamah, which section of the court order says that interests can be collected by the bad debt buyer? There are limitations stated within too. Limitations for the new creditor..

Please correct me if i,m wrong ..!!
3 found this helpful
Helpful 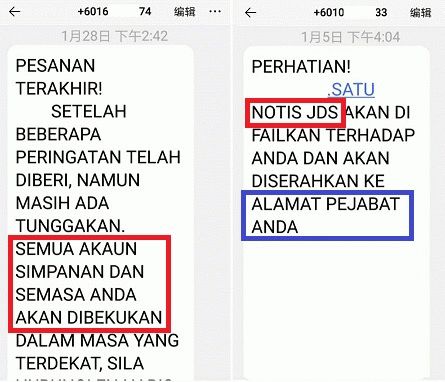 Notes to the above messages

So, what is not appropriate with the above wasap msgs?

Discuss for the benefit of future victims.. 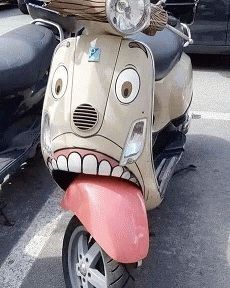 JDS
This is the threat the DCs is referring to in their msg to ur father which has passed more than 12 years from the first default of the H/P Loan or any JDebt (Judgment Debt) decree by the Court as in the Penghakiman Mahkamah. 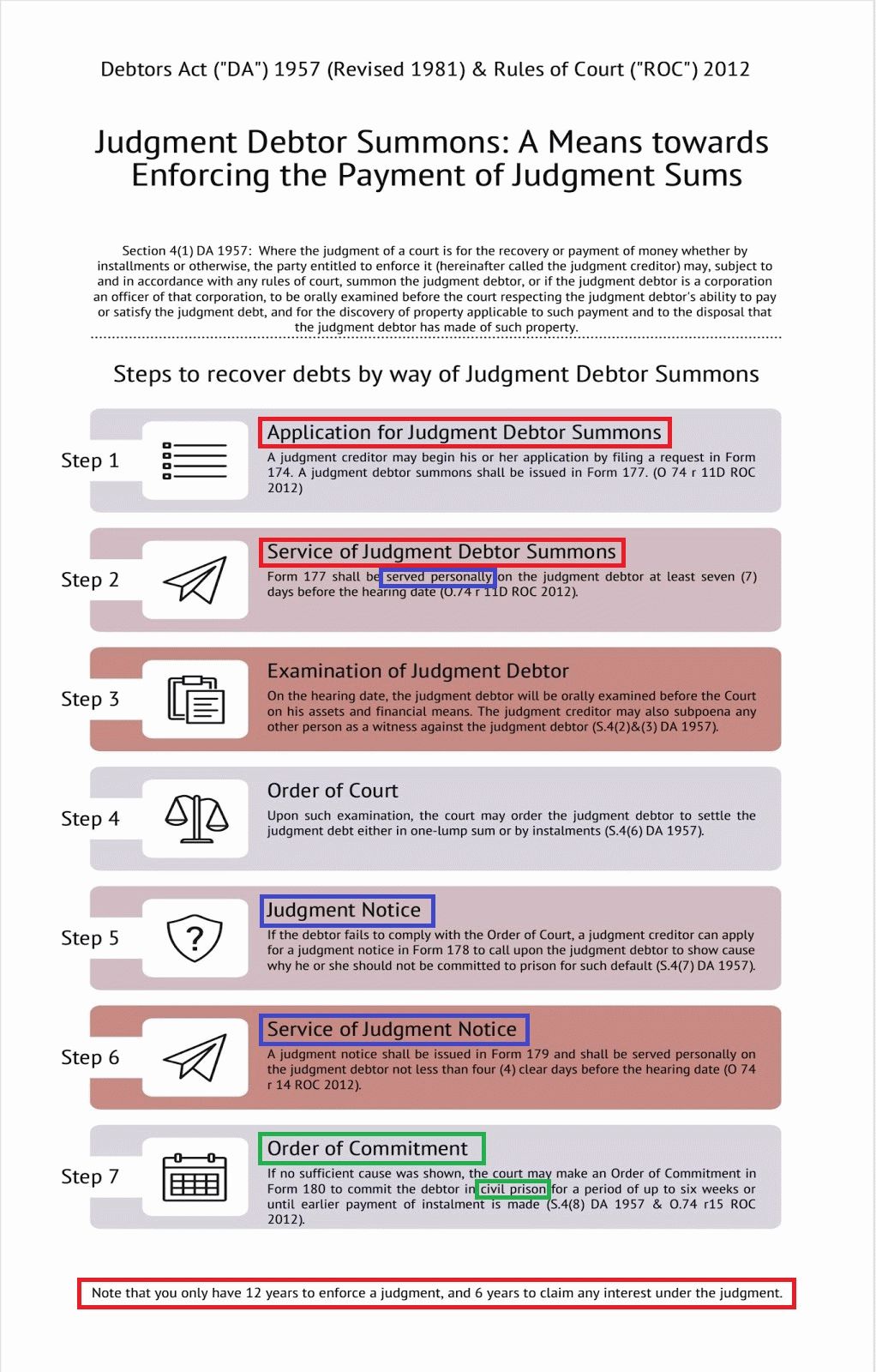 Note that it is not easy to file an application for JDS (very costly too for the Judgment Creditor)
..
3 found this helpful
Helpful

Excerpts from your email :
Quote :
" We had went to KL court yesterday, the officer said no record found."

My personal thoughts :
There is a very likelihood that your father was never made a Judgement Debtor at all.

Reason : Your father went with your uncle and does not know malay well, it could be your uncle who had requested from the court that "they" would continue the instalments by the payment of RM100 monthly (that's voluntary settlement in place). The Judge allowed and maybe the lawyer also agreed and did not make it as JDebt (Judgment Debt).

In any case it has expired in 2017 even if there is a JDebt accorded.

The rights of the bank have also expired to launch another lawsuit.
The rights to sue is also then expired when sold to the Debt Buyer in 2019 according to the Vesting Order.

How could the current BCs get a JDS as well as Garnishment of banking accts as per their hounding and haunting msgs? Pack of wolves behaviour?

When a debtor who, when the first time receives such notices, paniks and is at a loss of knowledge, starts calling the BCs.

The BCs and/or Debt Buyer is just calling a bluff as in poker games.
Trying their luck at bullying debtors.

YES.. many poor debtors of long expired debts gets caught and pay something to stop any further intimidation and/or harassment calls. But the contact with the creditor and any notable partial payment (as per offer letter) thus constitute admission for the whole debt.

My personal opinion for your father's case, is that, no further lawsuits can be initiated. And if initiated, can be set aside invoking the Limitation Act, Debtor's Act and ROC 2012.

Are debts really written off after six years? After six years have passed, your debt may be declared statute barred - this means that the debt still very much exists but a CCJ (current court judgement) cannot be issued to retrieve the amount owed and the lender cannot go through the courts to chase you for the debt.

Well noted..
We all (my family) have put down the stone from our heart already.

I'm very grateful for your valuable help and time of explanation. 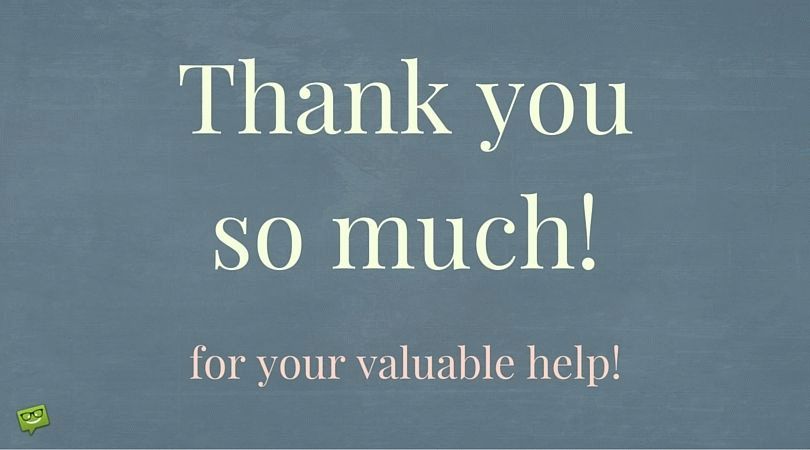 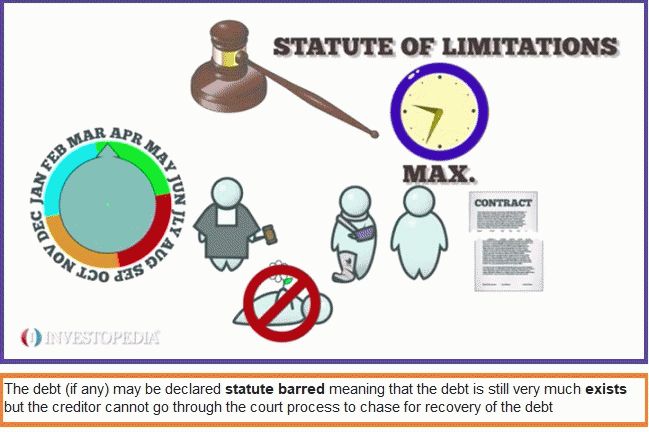 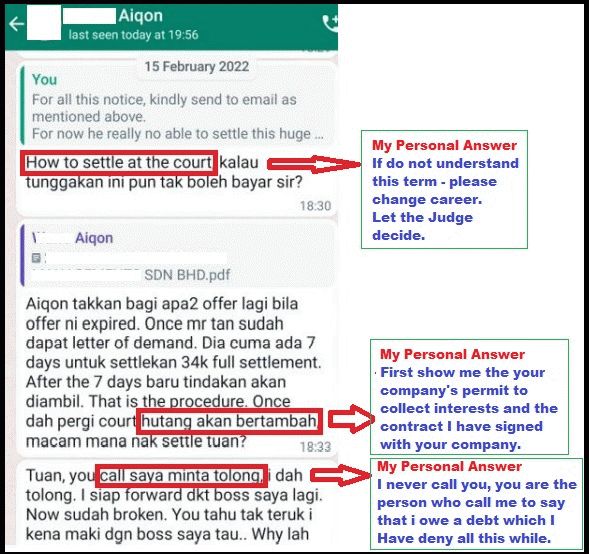 The moral of the above situation if I receive such messages :-

Stop talking to BCs. One can never hope to out-talk them as they are trained to tell stories to scare debtors and make debtors victims of the old debts again. Those debts are already time-barred by Statute of Limitations.

In Malaysia, it is known as the Limitation Act 1953

And sit back, wait for their lawsuit (if any).

Please send the fake demand letter, put your Horse come  让你的马来  or a Tiger in ur pants..

as for myself - just received letter of demand from Aigon.
0 found this helpful
Helpful

Is this thread still active?
This thread has 9,919 views
The last comment was just a week ago
so, why not active?

as for myself - just received letter of demand from Aigon.
If you want any discussion, post the demand letter here.