Covid-19 in Malaysia. What is the Sars-CoV-2 virus that caused the Covid-19 Pandemic? 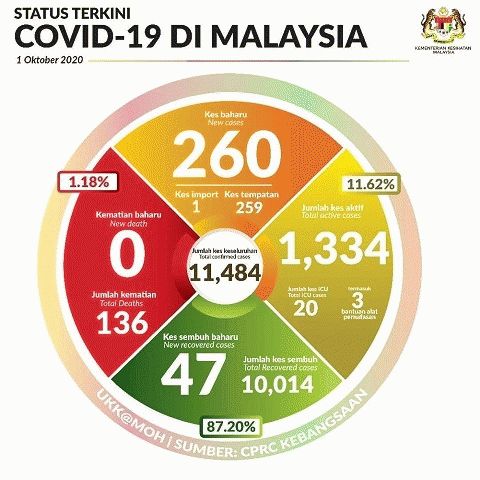 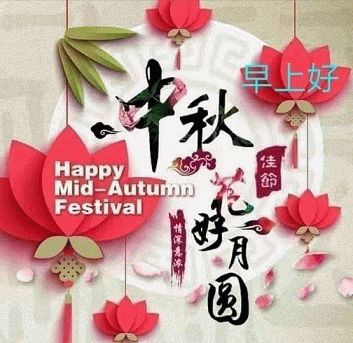 Let's start a discussion on the above topic.
Contents Writers are invited to share their experiences here. 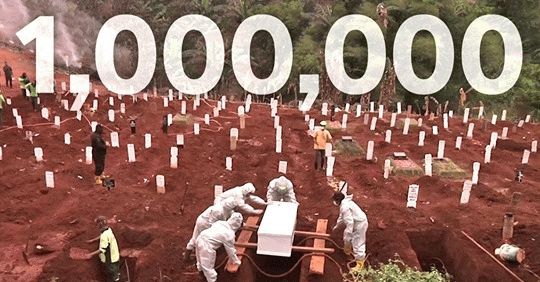 Sharing of news and information

Simple steps performed by some individuals.. 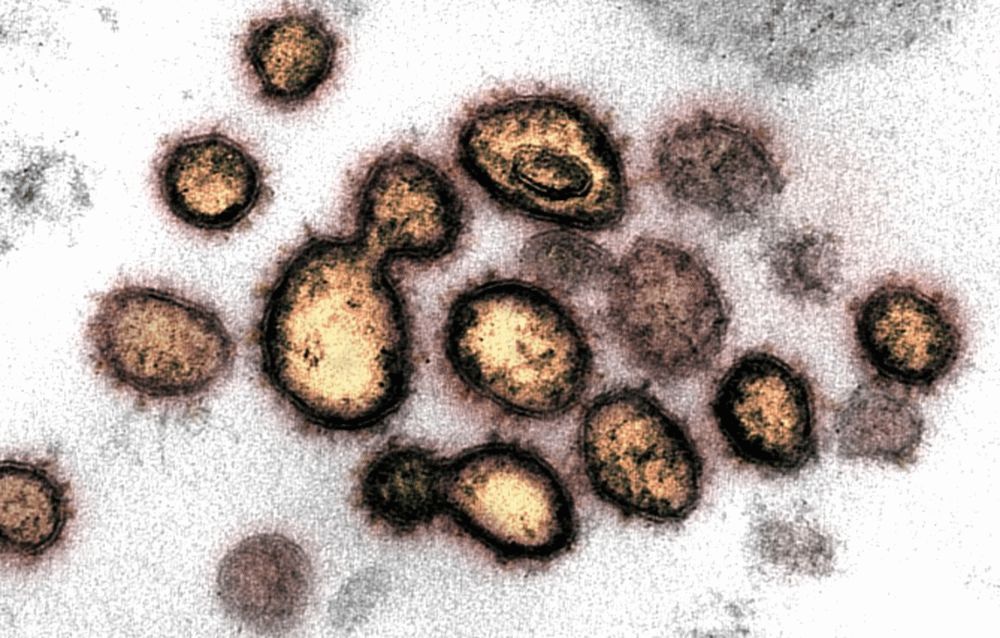 MELBOURNE, Oct 12 — The virus that causes Covid-19 can survive on banknotes, glass and stainless steel for up to 28 days, much longer than the flu virus, Australian researchers said today, highlighting the need for cleaning and handwashing to combat the virus.

Researchers at Australia's national science agency, CSIRO, found that at 20 degrees Celsius (68 degrees Fahrenheit) the SARS-COV-2 virus remained infectious for 28 days on smooth surfaces such as plastic banknotes and glass found on mobile phone screens. The study was published in Virology Journal.

By comparison, Influenza A virus has been found to survive on surfaces for 17 days.
CSIRO's research involved drying virus in an artificial mucus on a range of surfaces at concentrations similar to samples from Covid-19 patients and then extracting the virus after a month.

Experiments done in controlled laboratory environments at 20, 30 and 40 degrees C showed that the survival time declined as the temperature increased.

“Establishing how long the virus really remains viable on surfaces enables us to more accurately predict and mitigate its spread and do a better job of protecting our people,” CSIRO Chief Executive Larry Marshall said in a statement.

Proteins and fats in body fluids can also sharply increase virus survival times.
“The research may also help to explain the apparent persistence and spread of SARS-CoV-2 in cool environments with high lipid or protein contamination, such as meat processing facilities, and how we might better address that risk,” said Trevor Drew, director of the CSIRO’s Australian Centre for Disease Preparedness.

Australia has fared much better than most other rich nations in combating Covid-19, with a total of about 27,000 infections and 898 deaths in a population of 25 million.

The epicentre of the country's second wave of infection, Victoria state, reported 15 new cases on today, well shy of a target of less than five which the government has set for the easing of a hard lockdown in the state capital Melbourne.

New South Wales, the most populous state, reported six new cases on Monday, five of whom were returned travelers in quarantine. — Reuter

He said a lower CT value meant that the disease was still highly contagious, and this was because the virus load was higher in the body during the early stages.
However, he did not rule out the possibility that the high infectivity level could be due to a mutation of the virus.

During his virtual press conference held this afternoon, Dr Noor Hisham explained that the CT value for cases in Sabah and Kedah was found to be lower and it could be due to the ‘D614G’ mutation which causes the infection to spread more easily.

He said although 70 to 80 per cent of COVID-19 patients in Sabah were at levels one (non-symptomatic) and two (mild symptoms), their CT values were low, and therefore were highly contagious.

"That is why we have isolated patients in some quarantine and low-risk treatment centres for 14 days because the infectivity will usually decrease after 10 days," he said.

LONDON, Oct 27 — People recovering from Covid-19 may suffer significant brain function impacts, with the worst cases of the infection linked to mental decline equivalent to the brain ageing by 10 years, researchers warned today.
A non-peer-reviewed study of more than 84,000 people, led by Adam Hampshire, a doctor at Imperial College London, found that in some severe cases, coronavirus infection is linked to substantial cognitive deficits for months.

“Our analyses ... align with the view that there are chronic cognitive consequences of having Covid-19,” the researchers wrote in a report of their findings. “People who had recovered, including those no longer reporting symptoms, exhibited significant cognitive deficits.”
Cognitive tests measure how well the brain performs tasks—such as remembering words or joining dots on a puzzle. Such tests are widely used to assess brain performance in diseases like Alzheimer’s, and can also help doctors assess temporary brain impairments.
Hampshire’s team analysed results from 84,285 people who completed a study called the Great British Intelligence Test. The findings, which have yet to be reviewed by other experts, were published online on the MedRxiv website.

The cognitive deficits were “of substantial effect size”, particularly among people who had been hospitalised with Covid-19, the researchers said, with the worst cases showing impacts “equivalent to the average 10-year decline in global performance between the ages of 20 to 70”.
Scientists not directly involved with the study, however, said its results should be viewed with some caution.
“The cognitive function of the participants was not known pre-Covid, and the results also do not reflect long-term recovery - so any effects on cognition may be short term,” said Joanna Wardlaw, a professor of applied neuroimaging at Edinburgh University.

Derek Hill, a professor of medical imaging science at University College London, also noted that the study’s findings could not be entirely reliable, since they did not compare before and after scores, and involved a large number of people who self-reported having had Covid-19, who had no positive test.
“Overall (this is) an intriguing but inconclusive piece of research into the effect of Covid on the brain,” Hill said.
“As researchers seek to better understand the long term impact of Covid, it will be important to further investigate the extent to which cognition is impacted in the weeks and months after the infection, and whether permanent damage to brain function results in some people.” — Reuters
0 found this helpful
Helpful

answered on Oct 30, 2020 at 23:03
by
jeff005
A mutated coronavirus strain causes most new COVID-19 infections in Europe and was spread within the continent by tourists, scientists say

answered on Jan 2, 2021 at 01:28
by
jeff005
edited Jan 2, 2021 at 03:35
by   jeff005
A top Chinese health official has voiced caution about new vaccine technology used in coronavirus shot
as authorised in the United Statesand Britain.

George Gao Fu, director of the Chinese Centre for Disease Control and Prevention, said mRNA vaccines were being administered to healthy people for the first time and such a roll-out came with risks.

“Western countries adopted the mRNA technology, which was developed for cancer patients,” state news agency Xinhua quoted Gao as saying on Tuesday. “I don’t know whether it will have side effects in the future, but the risk cannot be ruled out.

“There are safety concerns when mRNA vaccines are administered to healthy people for the first time. As professionals, we must have a scientific attitude and analyse the results.”

The mRNA technology tricks the body into making the viral protein itself which, in turn, triggers an immune response, while traditional vaccines, such as most flu shots, use inactivated viruses to set off the immune system.

There have been human trials of mRNA cancer vaccines since at least 2011 but only now has the technology been approved for general use. The European Union, US, Canada and other countries have authorised an mRNA vaccine developed by US firm Pfizer and its German partner BioNTech, while another mRNA vaccine by US company Moderna is being rolled out in the United States.

US and German firms have led the development of mRNA vaccines for Covid-19, while French pharmaceutical company Sanofi had chosen to use recombinant protein technology, an approach already used in approved vaccines like the one for hepatitis B.

Safety issues that would affect significant numbers of vaccines mostly appear within two months, according to Michel Goldman, professor of immunology at the Université Libre de Bruxelles in Belgium.

In an interview with the European Union research magazine Horizon, Goldman said that after a vaccine was given to millions of people, very rare unanticipated side effects might develop.
As a result, researchers and regulators would be keeping a close eye on how the vaccine roll-out went, he said.

Gao said China’s three inactivated vaccines were nearing the end of clinical trials and showing good results. Another vaccine – a subunit vaccine, composed of protein or glycoprotein components of a pathogen that are capable of inducing a protective immune response – had also entered the final phase of clinical trials, he said.