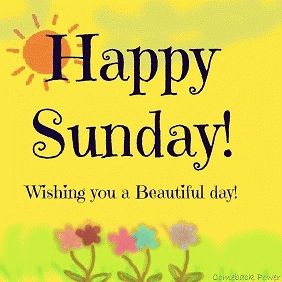 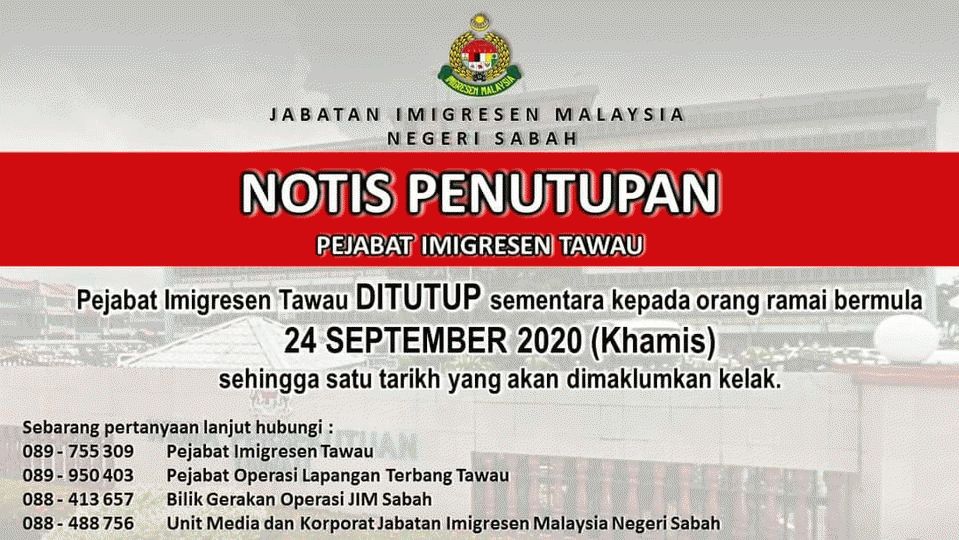 Notice to all West to East Malaysia Travelers as well as Foreigners.
0 had this question
Me Too
0 favorites
Favorite
[ share ]
share a link to this question 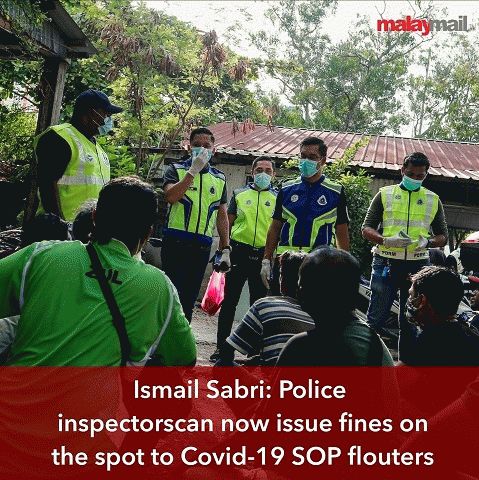 Malay Mail
10m ·
The police can now issue compounds to individuals who are not adhering to the Covid-19 standard operating procedures (SOP) immediately, Putrajaya said today.⠀
⠀
Senior Minister (Security Cluster) Datuk Seri Ismail Sabri Yaakob said in a press briefing today that officers ranking inspector and above now have the authority to do so.⠀
⠀
“To make things easier for the police in the field, the Attorney General’s Chambers has agreed to allow the police to issue compounds on the spot,” Ismail said.⠀
⠀
The compound for breaking Covid-19 SOPs is currently RM1,000.⠀
⠀
Read more at malaymail.com⠀
(📸: Sayuti Zainudin)
1 found this helpful
Helpful 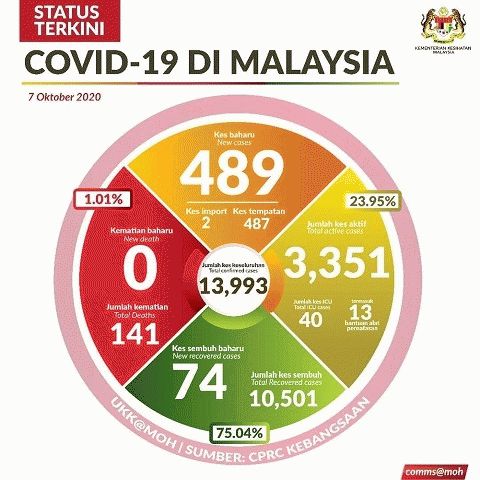 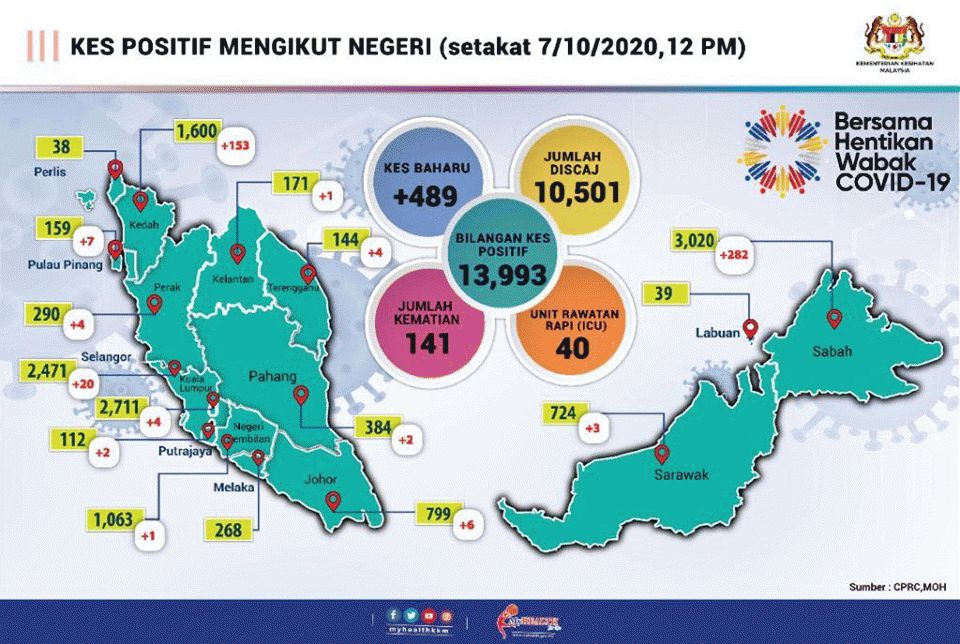 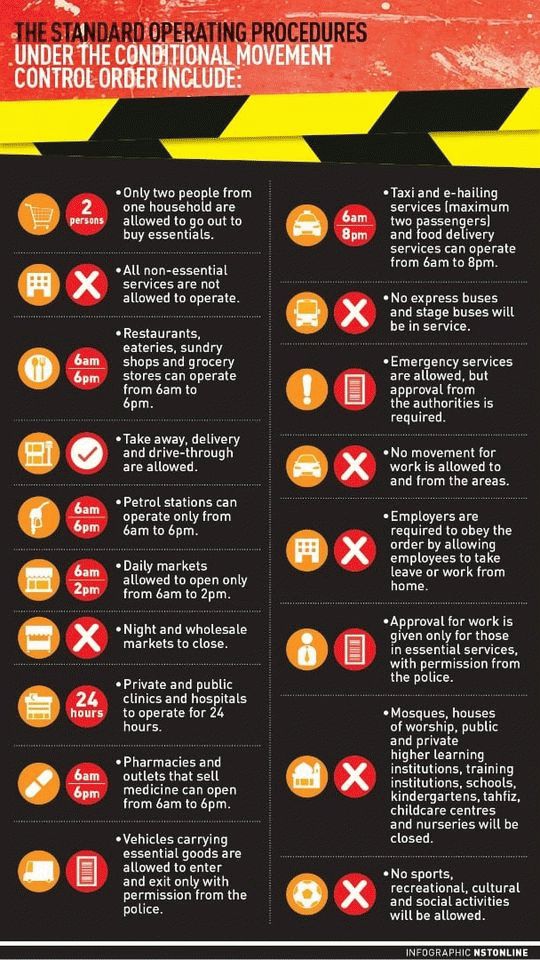 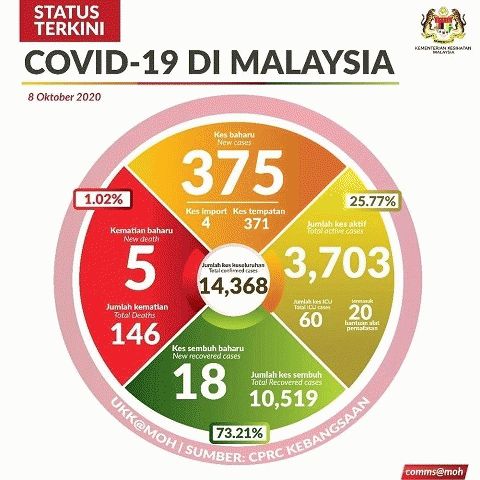 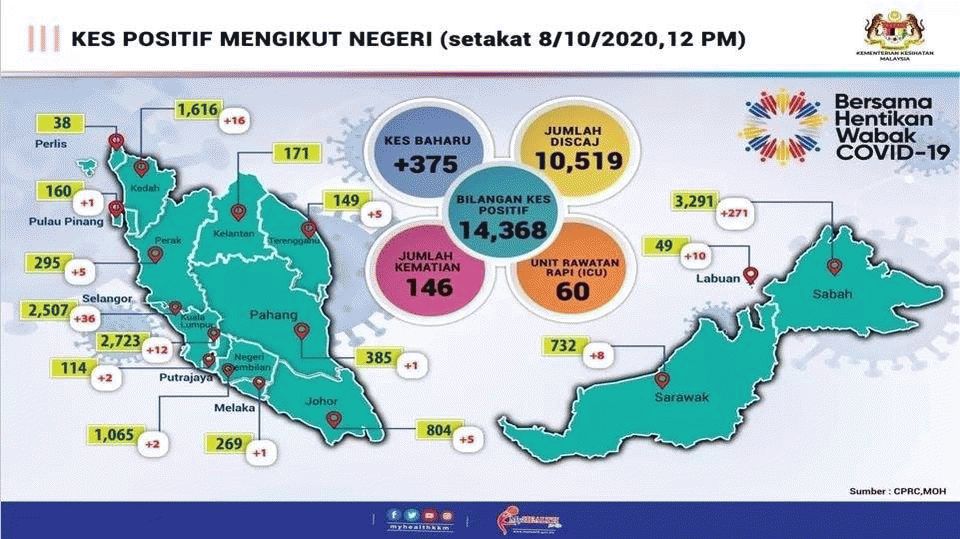 Not too promising.. let's hope for the best..

Something I learn from the Internet today;
Nothing racial but latest news on the Chinese Names and sharing here :

Some people cannot access qq.com, here are some excerpts :

So what are the most common family names in China?

According to the official report released by China’s Ministry of Public Security  in 2020, the most common surnames in China are:

Let’s check out the full list of the most commonly occurring surnames in China that includes details on each name’s origin and meaning.

End of Part 1 (to be continued).
1 found this helpful
Helpful

王 (Wáng) is the most common surname in China and in the world, which represents 101.5 million people. The character 王 means ‘king’. It’s composed of three horizontal lines representing the sky, earth and people, and a vertical line that connects them, indicating they are all ruled by the king.

李 (Lǐ) represents 100.9 million Chinese people. It used to be the most common surname in China, but it has now been replaced by 王 (Wáng).

The surname 李 (Lǐ), meaning ‘plum’, originated from the plum tree, a totem in ancient China. It was the imperial surname in the Tang dynasty. 李 is generally spelled ’Li’ in Mandarin and Hokkien. In Cantonese and Hakka, it is spelled ‘Lee’ or ’Lei’.

The third most common Chinese surname is 张 (Zhāng). The character 张 is in fact a drawing of a bow and arrows. It originated from 挥 (Huī), the grandson of the Yellow Emperor who was bestowed the surname 张 (Zhāng) after he invented the bow and arrow. The surname Zhang can be found in many other languages, for example, ‘Archer’ in English.

刘 (Liú) is the fourth most common Chinese last name. You certainly don’t want to mess with anyone whose family name is 刘 (Liú), as the original meaning of the character is “kill’.

Joking aside, 刘(Liú) was the royal surname in the Han Dynasty two thousand years ago. In Cantonese, Hokkien, and Teochew, it’s spelled and pronounced as ‘Low’ or ‘Lau’. In Hakka, it’s spelled ‘Liew’ or ‘Lew’.

The fifth most common family name in China is 陈 (Chén). It has its origin from the ancient kingdom Chen, which is located in Henan province today.

‘Chen’ is the Pinyin spelling used in Mandarin. Among Cantonese and Hakka speakers, the surname is spelled and pronounced ’Chan’. Hokkien and Teochew speakers spell it ‘Tan’. 陈 (Chén) is also the most common family name in Singapore and Taiwan.

Yang is the standard Mandarin Pinyin spelling. Cantonese speakers spell it ‘Yeung’, ’Yeong’, or ’Young’. Hakka speakers use ’Yong’ instead of ‘Yang’, and Hokkien speakers spell and pronounce the surname as ’Ngeo’ or ’Yiu’.

黄 (Huáng) is the seventh most common surname in China. This surname has the meaning of yellow, and originated from the ancient Huang Kingdom founded in the 7th century B.C.

The Mandarin spelling and pronunciation is ’Huang’. Cantonese, Hakka speakers, however, spell and pronounce ‘Huang’ as ‘Wong’. In Hokkien and Teochew, it’s spelled ‘Ng’, ‘Eng’, ‘Ooi’ or ‘Wee’.

The eighth most common last name in China is 赵 (Zhào). It originated from the ancient kingdom Zhao. 赵 (Zhào) was the surname of the Song Dynasty royalty (year 960-1279). As a result, it appeared first in the famous Chinese book ‘The Hundred Family Surnames (百家姓 Bai Jia Xing) ’ which listed the top 100 Chinese surnames at that time.

‘Zhao’ is the Mandarin Romanization in Pinyin; however, in the Wade-Giles system still used in Taiwan, ‘Zhao’ is Romanized as ’Chao’. Cantonese speakers spell it as ’Chiu’ or ’Ziu’, and in Hokkien, it’s spelled and pronounced as ’Teo’.

The ninth most common Chinese surname 吴 (Wú) originated from the Wu Kingdom located in the present Jiangsu Province (Wu dialect was also named after this kingdom). The original meaning of 吴 (Wú) is ‘loud’, ‘noisy’.

Cantonese and Hakka speakers spell and pronounce ‘Wu’ as ’Ng’. Hokkien and Teochew speakers spell it as ‘Goh’ or ‘Go’. In Foochowese, it’s spelled as ‘Ngu’.

周 (Zhōu) breaks into the top 10 surnames in China with 26.8 million people. The history of 周 (Zhōu) can be traced back to the era of Yellow Emperor (five thousand years ago). It has its origin from the Zhou clan at the time. The original meaning of 周 is ‘dragon’. 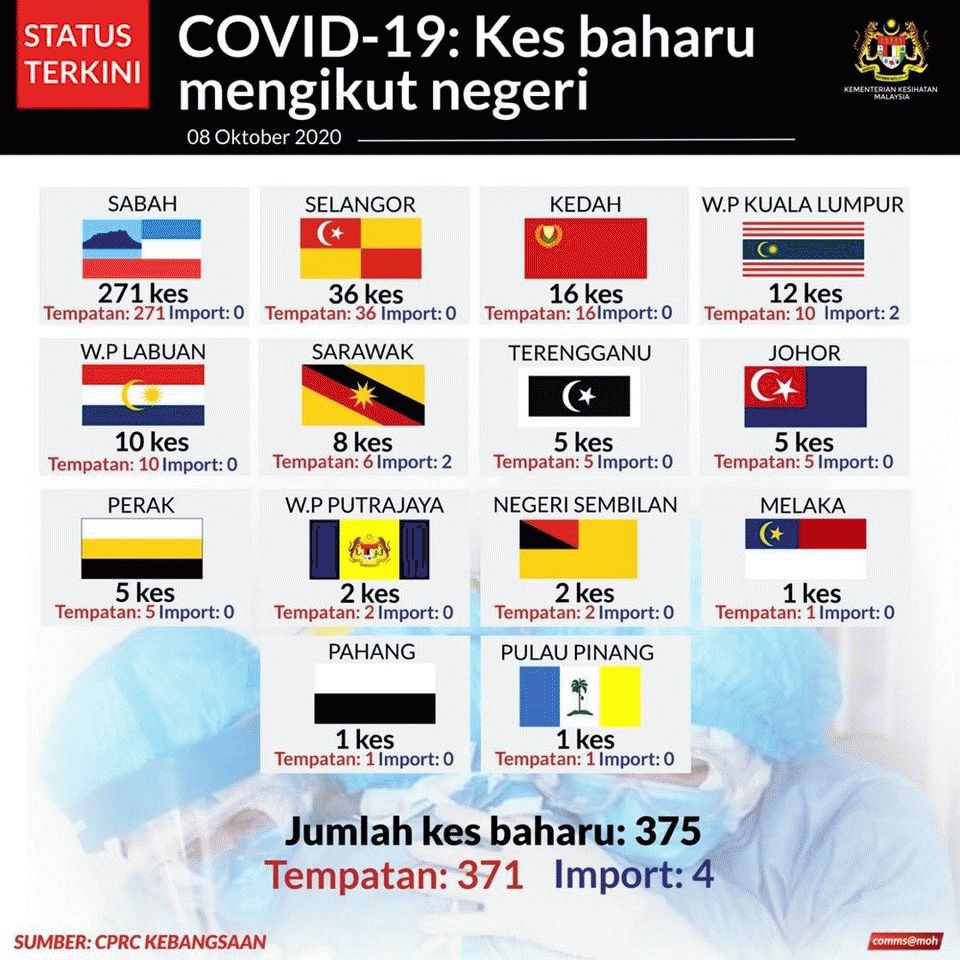 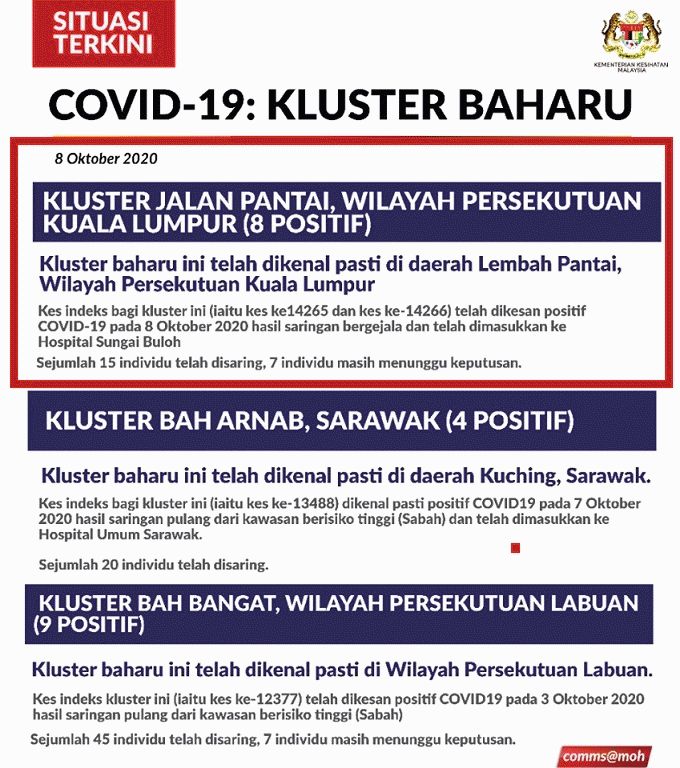 KUALA LUMPUR, Oct 9 — Parents of SK Bangsar students have taken matters into their own hands and kept their children at home after authorities saw no need to close the school despite two confirmed Covid-19 cases there.

According to Berita Harian, no student attended the school today.

Yazid said the school has an enrolment of nearly 800 students for the morning session.

“All students and parents must undergo the test as notified but this could involve even more people given that the two students with Covid-19 were involved in a mass performance,” he was quoted as saying in the BH report.

Yesterday, it was reported that a Primary Four and a Primary Five student at the school were positive for Covid-19.

Despite the confirmation, Yazid reportedly said the same day that there has not been any instruction to close the school.

Malaysia is facing a third wave of Covid-19 infections, which saw cases rise exponentially since last month to hit a high of 691 last Tuesday.

DUNGUN: A total of 28 students and nine teachers at Sekolah Menengah Agama Sultan Ismail (SMASID) in Dungun underwent Covid-19 screening today after a Form One student of the school tested positive recently.
The school's Parent-Teacher Association (PIBG) deputy chairman Rusdi Muda said the test, conducted by Health Ministry personnel, began at 8.30am and ended three hours later.
"All students and teachers involved were sent to the Darul Iman Training Centre (DITC) in Kemaman by bus.
"All of them will undergo quarantine at the DITC for 14 days.
1 found this helpful
Helpful 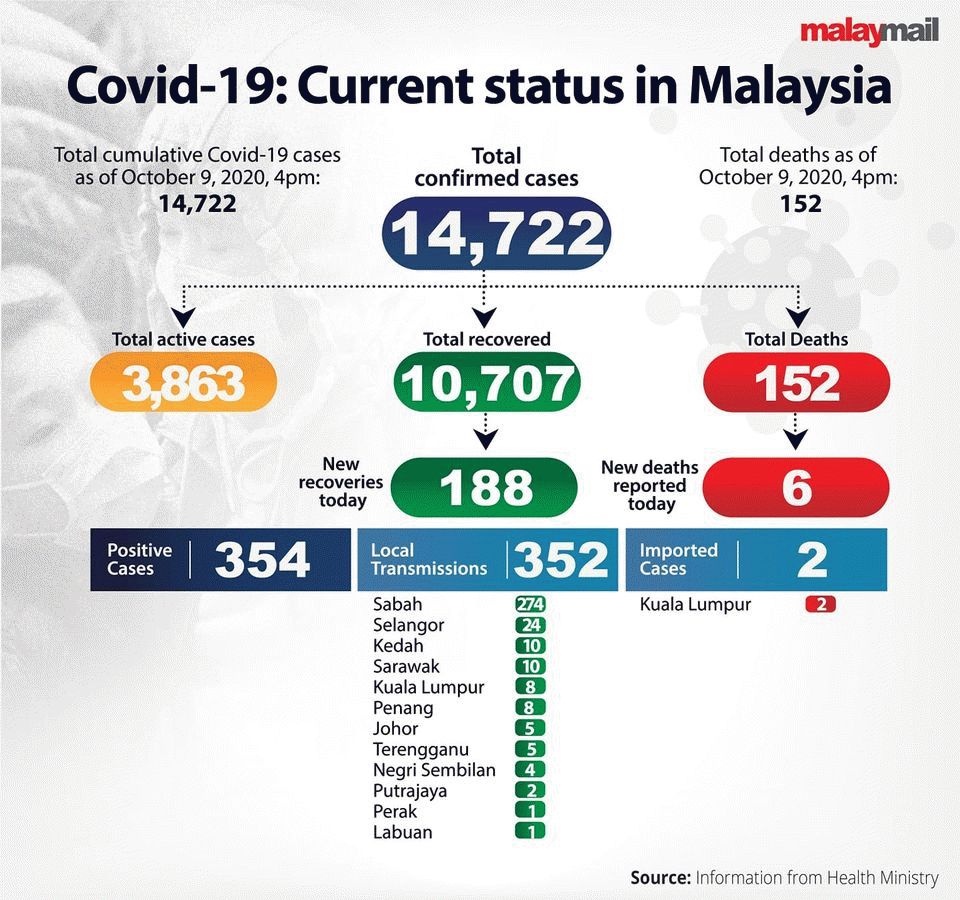 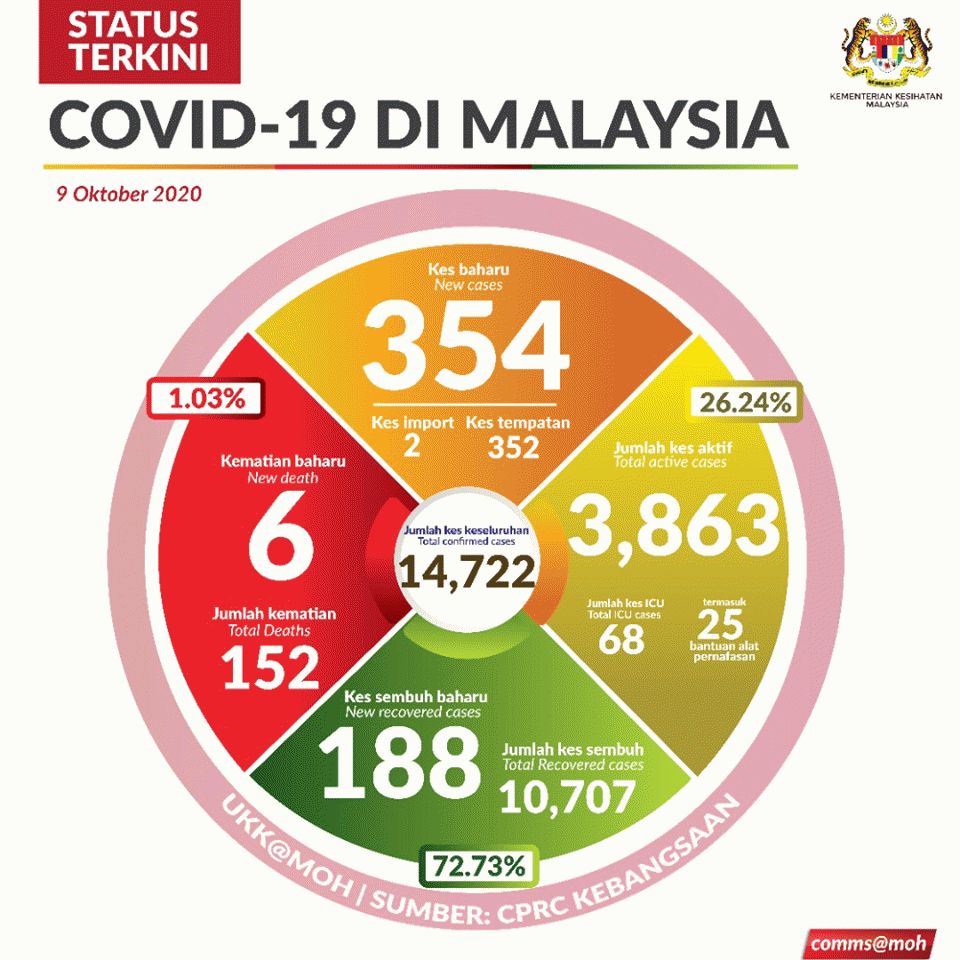 Let's pray, wish for the Good Ol' Days to come back ASAP..
1 found this helpful
Helpful