Immigration Malaysia - B4G Amnesty Program for Illegals and those who Overstay

Latest Update on interpretation of the "new stamps" policy

The below doc is to submit to IMI Officers @Airport 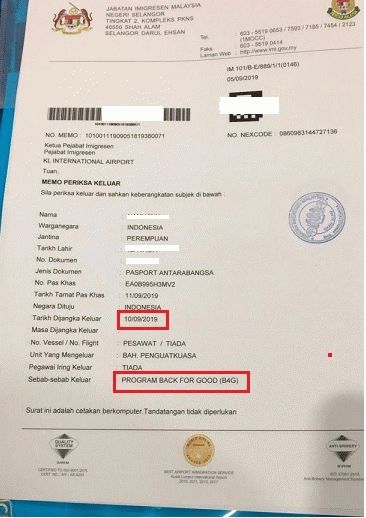 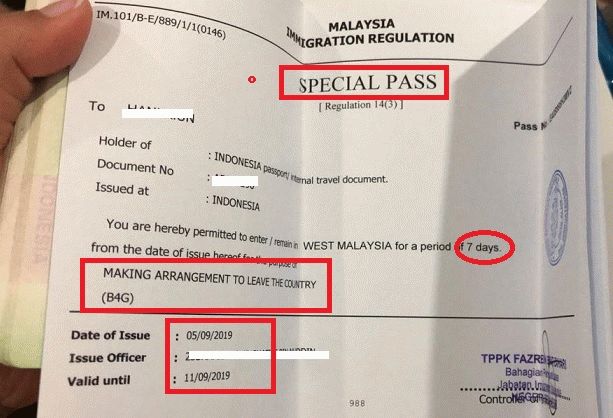 Page 23  ( The Special Stamp Memo ) in the Passport Page 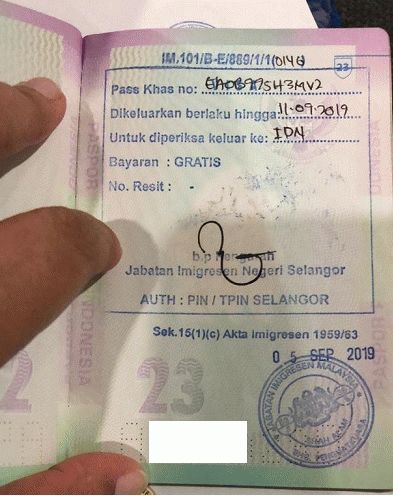 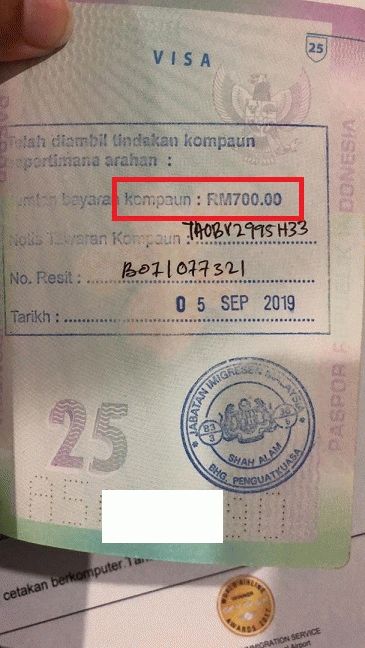 The Blacklist in the last page  45  of the Passport 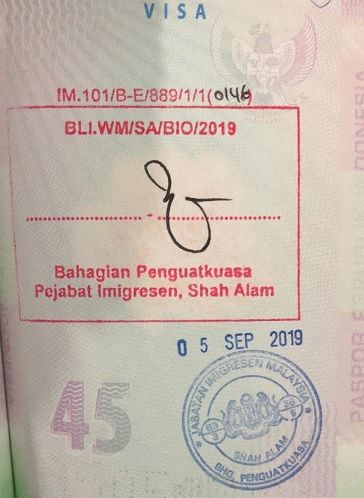 2.  This is a BLI  =  (Black Listing Immigration) with no fixed period means it can be appeal unlike those with  Fixed BAN  period of 3, 5 years which cannot be appeal. Can only come back after the BAN period.

This situation arises is because the above lady has overstay for around 1 1/2 years.
She has with her
3.  Original Passport
4.  Newly renewed Passport
5.  Have Original  "ENTRY"  stamp
6.  Submitted a letter for "Reasons for Overstay".
1 found this helpful
Helpful 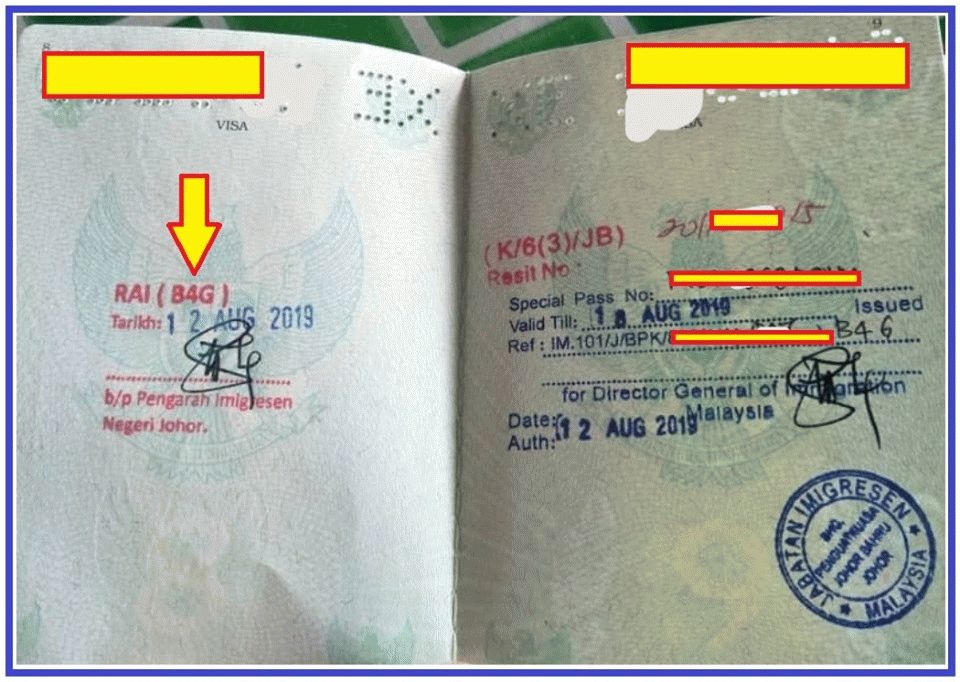 Her Plane is 35,000 ft now. It is time for the final update as she is safely otw home.
Her story is quite different from others. She is NOT  an economic immigrant.
She has married a local Malaysian (divorced already) and have a child (11 years old).
She has held a LTSVP (5 years) before, not renewable because of the divorce.

A very kind Samaritan with id Jess  contacted me via the forum here.
Jess is a PVP holder working as a Professional with a MNC in KL.
JessHani belongs to a Church Group who send those who overstay in Malaysia via "Tekongs".
While the objective is honorable, but the mode of exit is illegal  and very perilous journey.

Jess is fervently against such dangers and against Laws.
I cannot hope to convince JessHani alone, neither can Jess do it alone, so,  we  both did it together.
Feeders from ex church group says it is safe and they have done it. What had happened to those who had no updates?  dead men tell no tales.. rite? 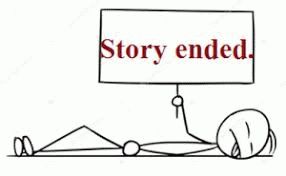 JessHani has a son inside Malaysia, she wants to come back again to see and nurture the son. If she goes back the illegal way, there is no way she can come back again. Her 10 Fingers Biometrics and Facial records is already inside IMI records. She cannot hope to come back again in the future if she exit illegally. It is the norm for fake agents, rubbish exponents of legal matters to claim that those people can come back again by the changing to new passports..!! Can change your finger prints and Cheekbone so easily meh? I can, myself, with a exKGB friend's help.. hehe..!!

It is important that to note that during the surrender to IMI Shah Alam and at the IMI @Airport 2 hours ago, did ask for her son's documentation to prove that she has a son in Malaysia. I suspect that the IMI Officer#Airport is puzzled that there is no  BAN PERIOD  (BLI) stated inside her passport as Jesshani was classified under the B4G Amnesty Program  of which the stamp would /should be  RAI (B4G)  stamp. Airport IMI will not know what were the docs submitted to State HQs. They were just to verify if there is a Special Pass issued plus retained a  exit memo  from HQ. The memo is retrieved for further admin work to proof that she has exited and any BAN period starts from the day of EXIT. There were  many many people who has special pass before but did not go back at all.  Scammers show the special pass obtained and then tell those illiterates that they can stay back again, making 2-3,000 RM in the process.
1 found this helpful
Helpful 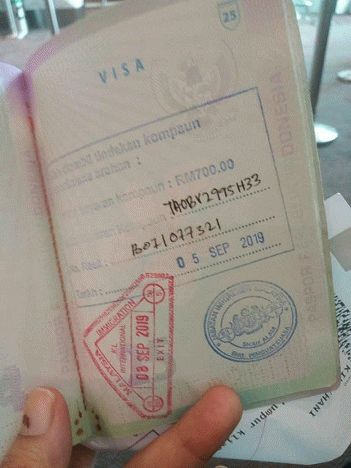 This is the  EXIT  stamp of 3 hours ago.

The Moral of the Story

Be  safe,  go home legally  to meet with loved ones again..
With the  EXIT  stamp, can come back again with no issues. Just appeal to come back after 1 year.

Meet again if you ever come back to Kuala Lumpur.
Very remote chance, as she is back to Borneo near to the proposed new Capital of Indonesia.
Her son is also around there (Borneo).

Bon Voyage  and a new beginning in Life, not as an illegal hiding in fear  everyday.

Walk  TALL together with your beloved son..

answered on Sep 15, 2019 at 22:32
by
cuuuntlaw
jeff005 is a bitter old man
His wife left him and he escaped to Thailand
He spends his days answering on lawyerment
When he has time he f.u.c..ks kathoeys like a true gent
He says he works in Thailand,
But everyone knows his true purpose is to hold little boys hands!
jeff005 edits his posts to hide his mistake
with a forked tongue as cruel as a snake
63 years old with nothing to show for it
tick-tock jeff your funeral will be a hit!
oh i almost forget nobody will attend
because you don't even have a single friend!
0 found this helpful
Helpful

i overstay 10years now i want to back  iraq. i waste here a lot. i come first by student and no graduate so college no renew visa, but i do restaurant help for my people. This life i wan no more, everyday think for 10years.

i come to you for help for answer the new B4G .

when write letter for overstay, do ban reduce? or forever? i am 29 this year

or even no care for letter? pay to get the RAI not BLI like before? will come back possible for future to get work permit?

People tell me truth because now am ready as getting too old so i can complete study after this in egypt. i make mistake many because young but now i want to start correct all this life. Thankyou all very much
0 found this helpful
Helpful

when write letter for overstay, do ban reduce?
You can write but your overstay is over 10 years they may not reduce any BAN.

will come back possible for future to get work permit?
This B4G  is an Amnesty and it carries RAI  BAN for current policies.
Policies can change after 5 years.

You should have
1.  Your original passport with the "entry stamp"
2.  If your passport have expired, go to your Embassy to get a Emergency travel certificate or else MY IMI will not issue you a special pass  to exit.
1 found this helpful
Helpful

Thank you for your kind consideration.
1 found this helpful
Helpful